Capricorn people are serious, anxious and shy.These people build their fortunes from their enterprise and progress with age. These people like the discipline are conservative and do not revolt in any way. These people keep moving forward towards their goal quietly. Those who decide, do not stay behind and do not get into any kind of quarrel or debate nor do they interfere in other’s work. These people appear indifferent to the face. Their anger comes late and only after it is peaceful. People often make misconceptions about them. These people bravely face difficulties and disappointments. It becomes a habit to worry about the future all the time. Therefore, they require a sense of security.

In the case of love, such a person loves whom they play till the end. In their love, the glimpse of lust is less visible. Many poets have been born from these people. They often find disappointment in love. They are often seen as nervous when talking to girls.

Girls in Capricorn have often been found working in offices in cities. Beautiful looking people often attract people with their speech and demeanour. But in the case of love, it works wisely. They move forward when they believe that their loving husband can prove to be a worthy husband. As a wife, these women are very profitable and run the housework smoothly. Looks after the children.

Such officers as the officer carry out their responsibilities to the fullest, but they are very clever. People like to take excessive work from employees, who like to work from morning to night, they like it. Such people earn more and reduce expenses.

As an employee, even if the native of Capricorn is at the bottom post, then with hard work, they reach the higher position. These people are less popular among their fellow employees. Others find Capricorn native bored. Those who do not see the chance of advancement of Capricorn, they become pessimistic and their face always seems to be lowered.

The natives of Capricorn are afraid of air disorders, digestive power and heart disease in old age. 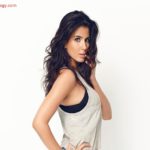 Kirti Kulhari was born on 30 May 1985 in Capricorn Ascendant, in Jhunjhunu district of Rajasthan. She is an Indian actress and... 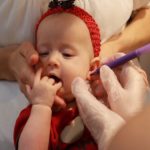 Like girls and women, men also pierce their ears and wear earring, ear drops etc. There is a big secret behind this, but many...