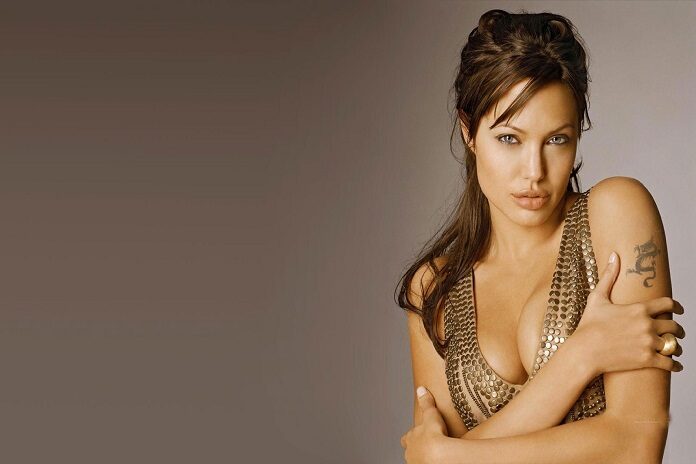 Angelina Jolie has been American highest paid actress and model who became famous in Hollywood films with her acting in movies like Mr. & Mrs. Smith, Wanted, Salt and Maleficent etc. She has been a most beautiful, influential and powerful people in the American entertainment industry. Jolie has American screen actress, filmmaker, and humanitarian, and the recipient of numerous accolades, including an Academy Award and three Golden Globe Awards.

Jolie made her screen debut as a child alongside her father, Jon Voight, in Lookin’ to Get Out, and her film career began in earnest a decade later with the low-budget production Cyborg 2, followed by her first leading role in a major film, Hackers (1995). She starred in the critically acclaimed biographical cable films George Wallace and Gia, and won an Academy Award for Best Supporting Actress for her performance in the drama Girl, Interrupted (1999).

Angelina Jolie was married twice before finding love on set of “Mr. and Mrs. Smith” with a then married Actor Brad Pitt. There were widespread allegations that Angelina was the cause of the divorce of Hollywood’s Golden Couple, Brad Pitt and Jennifer Aniston.

Brad and Jolie, also called ‘Brangelina’ by the media, got married in August 2014. They both have 6 children together including Zahara, Maddox, and Pax who were adopted and Shiloh, Marcheline, and Knox Leon, who are their biological children. Jolie and Brad got separated in 2016 and in April, 2019 their marriage was officially dissolved.