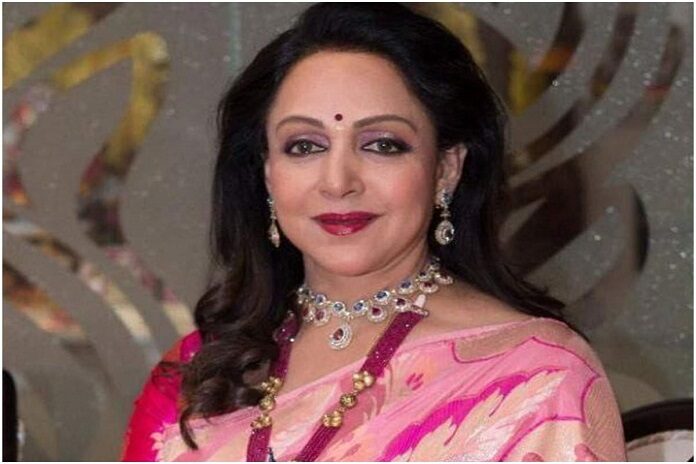 Hema Malini is an Indian actress, Politician, dancer, director, producer, and writer. She was among the most successful leading actresses of mainstream Indian Cinema. Hema was born in a Tamil Iyengar Brahmin family to Jaya Lakshmi and VSR Chakravarti Iyengar in Srirangam. Malini made her acting debut in 1963 with the Tamil film Idhu Sathiyam. Malini first acted in a lead role in Sapno Ka Saudagar (1968), and went on to feature in numerous Hindi films, frequently opposite Superstar Actor Dharmendra, whom she married in 1980. Hema Malini was initially promoted as the “Dream Girl”, and in 1977 starred in a film of the same name.

Hema first film with Dharmendra was Tum Haseen Main Jawaan. The two got married in 1980. Dharmendra was already married at the time. Dharmendra already had two sons and two daughters with his first wife, two of whom later became Bollywood actors Sunny Deol and Bobby Deol. Malini and Dharmendra have two children, Esha Deol and Ahana Deol.