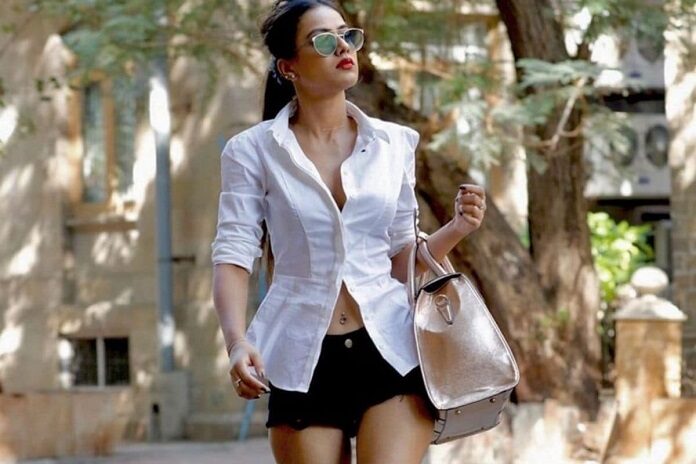 Nia Sharma is an Indian actress and TV (television) artists. Her named is Nisha Sharma but changed her name to Nia Sharma and today she is a famous actress. Everyone knows and recognize them today. She was born in Scorpio ascendant and Leo sign. Since Moon, Venus and Mercury are having central influence on the ascendant, therefore, it will remain beautiful throughout life and will always appear young due to the influence of Mercury planet on its ascendant. Due to the influence of the planet Venus on the Ascendant, it will remain the owner of a thin body and will pay more attention to Fitness.

Mars is the lord of Scorpio ascendant. Scorpio zodiac is an aquatic and terrible zodiac and this zodiac is the female zodiac sign, so you have proficiency in talking inside them. Since the moon is strong in their horoscope, there will be full money benefit from the betting and entertainment world. Venus being in the tenth house and its influence on the ascendant made her a career in the entertainment world, i.e. the Bollywood.

In 2010, when the time period of Mercury in Venus came (Vishwottari Dasha), she started Nia Sharma’s career with the TV serial ‘Kali-Ek Agni Pariksha’. After this, he got a chance to act in “Ishq Mein Marjawan” and “Behenin” on TV. When the time period of Ketu planet came into Venus (Vinshottari Dasha), Ketu got Serial named ‘Ek Hazaron Me Meri Bahna Hai’ in Star Plus to make him famous in the masses and his luck shone with the main role of Manvi.

The planet Venus gave his life a new direction and he was once again identified with the name “Roshni” from a serial called “Jamai Raja”.

The Sun planet is the lord of the place of karma in their birth chart and is sitting in the benefice place i.e. the eleventh place. In her time period, Sun planet featured in The Top 50 Sexiest Asian Women, published by a British newspaper and found her globally famous. When the condition of the planet Sun comes, then they will get wealth and respect.

The moon is the lord of fortune and is sitting in the house of karma i.e. the tenth house, due to which yoga called “Kuldeepak” was formed in his horoscope. Due to the moon, she will make her family name famous. They will get respect in the society. Due to the lunar planet, he will also get an invitation to promote a party in politics and his fame will grow more and more later. After marriage, their fate will rise completely and after marriage they will have a big budget film offer.

The presence of Mercury in the tenth house reduces the father’s happiness, therefore, due to the planet Mercury, he did not get the full happiness of the father. Mercury will also give them a job of their own, in addition to acting, they will also do some of their business in future.

At the time of Jupiter, his fortune will rise and will also build his own house. Jupiter got her higher education and changed her mind to be a journalist like her, but due to the planet Venus, she became an actress rather than a journalist.

The existence of Jupiter and Ketu together gives them success after the struggle, if Ketu planet is pleased with them, then they will step into politics.