Home Articals Why do keep clothes on head during the worship 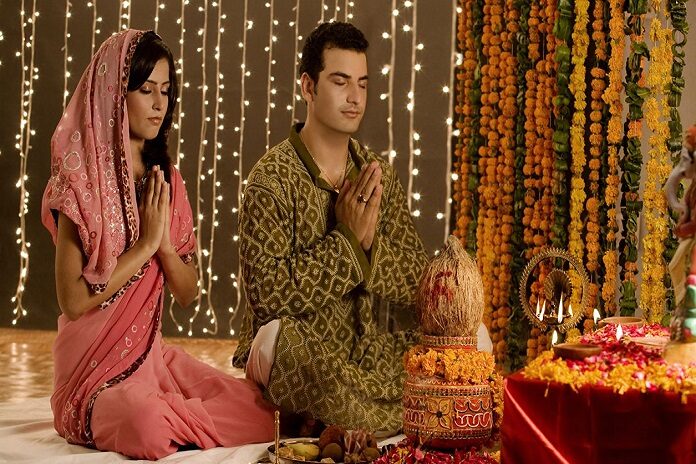 Whether it is a Temple, Mosque, Gurudwara or Church or any religious place, it is entered with a cloth on the head. A cloth is kept on the head in auspicious works, worship etc. Even the women of the house take blessings from the elders, mother-in-law and father-in-law, yet they cover the sari pallu or chunni on their head, it is an indicator of their respect. The head is also kept covered to give respect to the elders, in many places, women regularly keep the head covered.

What is its secret after all? The ‘head’ organ is very sensitive in the human body. There are 72,000 subtle nadis in our body, of which three main nadis are Sushumna nadi, Pingala nadi and Ida nadi. Sushumna nadi, the central nadi, runs from the root of the spinal cord to the top of the head. Pingala Nadi goes to the right of Sushmana Nadi. The Ida Nadi goes from the left, as the three holy rivers Ganga, Yamuna and Saraswati confluence at Prayag, similarly the three Nadis Sushpana, Pingala and Ida, their origin is at the root of the head, at the root of the head is subtle above the Brahmarandhra. The door, which is a lotus with a thousand petals, is called the Sahasrar Chakra.

The whole body moves through this chakra, in which all the power resides. This is said to be the place of the soul, the sutratma, from which the divine power is received. The Brahmarandhra receives the subtle energies of the body and takes the same energy upwards again. Countless energies in the universe are moving every moment when you meditate or do worship, the body becomes stationary in one place, during that immovable state a lot of energy present in the universe, enters our body through the head.

The energy of the universe is fast-moving and extremely powerful, with these energies all the elements of the earth are moving. If water is poured into a pitcher from a high height, that pitcher breaks and disintegrates, similarly at the time of worship, the body takes the form of a pitcher, when the powerful energy in the body of the pitcher falls from a height on the head, then a fierce blow on the head. This will have negative effects in the body.

At the time of worship, energy starts awakening in the body through Brahmarandhra, the effect of energies is powerful, due to which there can be headache, dizziness, vomiting etc. is kept. Another reason for covering a cloth on the head is that the mind does not wander here and there, due to the cloth on the head at the time of worship; the eyes do not wander here and there.

The hair of the head has magnetic power, which can easily absorb the positive and negative forces running in the universe. Due to the location of the Brahmarandhra in the center of the head, whenever there is a change in the weather in the universe, its effect falls on the other parts of the body through the Brahmarandhra. Women keep clothes covered on their heads, due to which negative energy does not enter their head much, in contrast, the head of men is open, due to which negative energy keeps entering their body, which causes hair diseases like baldness, dandruff, hair fall. Etc. is seen more in males.

You must have seen the effect yourself that the hair on the head of a man starts to fly, he starts becoming bald whereas he often has hair on the back of his head because negative energy enters the body from the middle part of his head, so The hair on the top of the head breaks off and gradually becomes bald.

After the death of a person, the members of his family are shaved so that the negative energy of the deceased person does not absorb the hair of the members, as women keep their heads covered, so those negative germs do not show their much effect on their hair. . The newborn baby is also shaved so that the impure germs stuck in his hair during pregnancy are eliminated. According to Sikhism, there are 10 gates of the body, two nostrils, two eyes, two ears, one mouth, two genitals and the middle part of the head which is called the tenth door. Through these ten gates the Lord is realized. This tenth door is very difficult for Kundli awakening, this door is directly related to the mind, the mind is very fickle, to concentrate this mind here and there in the moment, meditation is necessary and while meditating, there is a disorientation of the mind. To remove this disorientation, a cloth is kept on the head by covering it.

The tenth door can be felt at the birth of a child. If you put your hand on the head of a newborn baby and feel it at the tenth door, then the middle part of the head flutters. Gradually, when the child starts growing up, the middle part of his head also becomes strong, it becomes hard, but if it is hit hard, then the person’s life goes out. Sadhaks, sages and sages separate their life from the body through this tenth door. They are seekers, they keep their hair on the Brahmarandhra, so that they can easily absorb the energies of the universe, but we are common people, we do not have that art, our mind wanders every moment, so to concentrate the mind in auspicious works Keeps a cloth on his head.