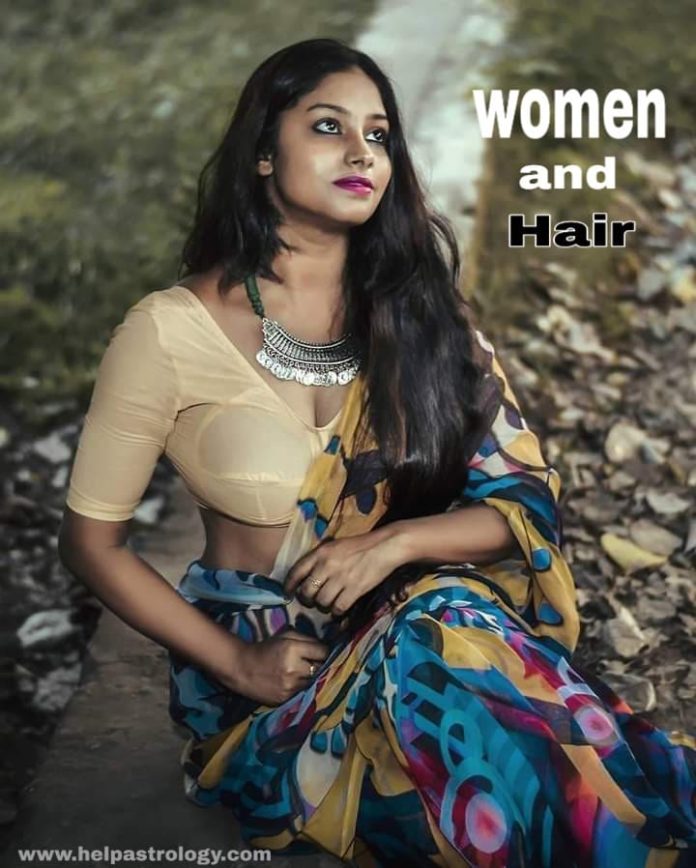 It is futile to imagine the beauty of women without long hair. Thick, dark, long, waving and shining hairs add beauty to the beauty of women. Beautiful and long hair not only enhances the personality of women, but also shows their fate, future, auspiciousness and inauspiciousness. No matter how beautiful a woman is, if her hair is dry, shiny, ripe, short, broken, having two mouths, the effect of her beauty becomes meaningless. During the marriage with Shri Rama, Mother Sunayna explained that while tying Sita’s hair, always keep her hair tied after the marriage and teach her to ‘stay in bondage’. Opening these alone to her husband. The tied hair threads the rites and dignity into one thread.

The history of women’s hair is very ancient, where the long hair of women became an indicator of good fortune, while the open hair provided obsolescence and reversed history and established the new definition of the era. The unopened hair of the women shows the destruction Kaikei mourned by opening his hair, disheveled, forcing Raja Dasaratha into the Kop Bhavan to give Bharat the kingdom and Rama 14 years of exile.

Dushasan put his hand on the open hair of menstruation lady Draupadi and dragged her to the assembly hall, to honor the insult of these open hair, Draupadi pledged to wash her hair with the blood of Dushasan, which caused millions of soldiers, nobles In the war of Mahabharata, he had to sacrifice his life. The war of Mahabharata describes the important role of Draupadi’s hair.

There is attraction in open hair, on seeing the long hair that is open, there is a feeling of lust in the man’s mind. According to Gurud Purana, there is a habit of lust in hair. Hair should not be touched again and again because the feeling of lust is stronger than the hair.Hair is considered to be impure, the food that contains hair is not fit to eat. In auspicious work, the hair is tied, while touching the feet of the elders, the hair is covered with sardine or dupatta, looking at the open hair of the women and their frequent touch is the defect factor because mother Sita’s deceit Ravana had caught the mother by the hair while taking away from him, so Ravana’s family and all were destroyed.

Women should not keep their hair open at the time of worship, if the yajna is performed, if the deity is worshiped with open hair, then the deity does not accept that worship and becomes angry, which gives the way for bad luck to enter the family. In vindictive work, incantation, the hair is kept open, vampires, witches, etc. have open, unkempt hair, if a woman leaves her hair open and goes from a secluded place, cremation, then ghost- The Phantom makes an impact on him soon.

Magic, sorcery, totka and vindictive actions can be used to harm the hair of women, so during the time of Holika Dahan and before coming to the holika, women should not make their hair and throw the broken hair here and there because it is bad. The effect of the eye is immediate.

The Sikh Guru, Guru Nanak Dev, the other Sikh Gurus understood the importance of hair seriously and took this subject into their lives and made it a part of religion. They never kept their hair open. monk, Hermit & Sadhvi tie their hair and  cover them. Chanakya had pledged to destroy the Nandavas by opening his crest only after that Chandragupta Maurya was made king and destroyed the Nandavansh. Even today, if a Brahman opens his crest and is vowed to complete a task, he either fulfills the promise or ends his life.

In Indian culture, the woman is considered a goddess, the form of Lakshmi. Even today if a girl is born, it is said that Lakshmi has come.  In Indian society, all religions are alive with women, any fast, be it festivals, women do it, on festivals, in auspicious works, women wear new clothes ornaments, go to adornment centers and make their images beautiful. And the hair gives a new shape according to the trend, but by adopting the western civilization, the practice of keeping open hair in women has increased. Rann is being witnessed put the Absolute in their conduct.

Hair is kept open during menstruation, they are not washed because it is afraid of spreading negative energy in women, washing hair can increase the discomfort of women, may also cause problems in pregnancy, so washing hair during menstruation is inauspicious. Repeated breakage of hair is not considered auspicious, causing discord in the house, so the hair should be tied up because the negative energy comes when the open hair is broken and scattered here and there. When the phases of the moon fall, it directly impacts the mind, so the unmarried girl’s open hair during that time invites negative forces, so the upper barriers wind their effect on them.

While sleeping at night, some women open their tied hair and sleep, due to which, according to the Puranas, there is a malicious effect on the personality, negative energy is activated. If women keep the black hair of the head on the top of the head by making them pyramidal, then the tied hair absorbs the rays from the sun and receives energy for the body. Which makes their body and face shine. Women tie their hair, cover it and go to the Gurudwara, enter the temple, even in the Gurudwaras, the men’s hair is also covered. Entry with an open head is forbidden in the Gurudwaras. Women open their hair on a special occasion; most of them tie them and cover them, because the open hair is considered a ‘sign of mourning’. Keeping hair open is a sign of obsolescence. 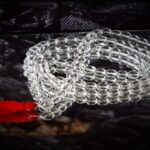