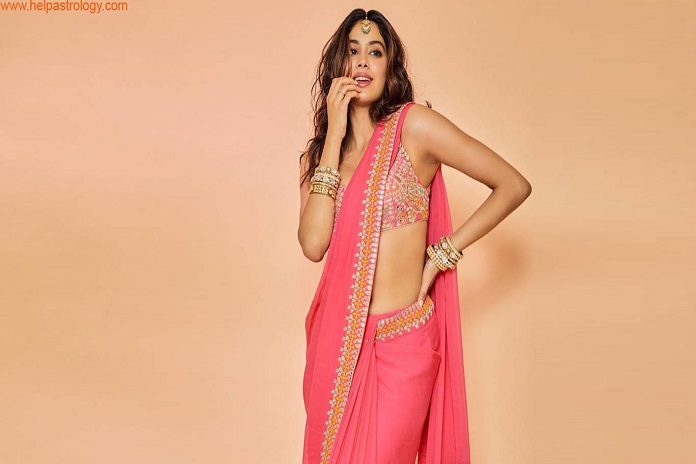 Janhvi Kapoor, who made her acting debut with the film Dhadak, is born in Scorpio Ascendant and Capricorn zodiac sign. Janhvi Kapoor, the first child of late famous actress Sridevi, has excellent stars.

In the birth chart of Janhvi Kapoor, Mars is the lord of Ascendant and sixth house, although, Mars is the lord of the Ascendant, so it does not feel guilty of the influence of the sixth house. Mars will be situated in the eleventh house and will give them pleasure in the body, due to which they will remain alert with their fitness and will be fully engaged in exercise etc.

Mars is sitting with Saturn in the eleventh house and this is the enemy sign of Mars. Nevertheless, Mars will provide the pleasure of land and property and will also get a technical mode which will go ahead and help them in their business and will create many sources of income. The presence of Mars and Saturn together will also help them from friends and relatives.

The Lord of the tenth house, Sun being in the fourth house is making RajYoga, here the Sun is also a friend of the Ascendant Mars, so it will give auspicious results. The combination of Sun and Mercury is creating ‘Budhaditya Yoga’ in the fourth house, due to which the public will get love. Although the Sun is centered in the Aquarius sign, which will not only provide material things like Wealth, House, Car etc., but the Sun is in the eighth house from the ancestral house, due to which there will be a dispute about the father’s property. In the film business, father’s support will take him to great heights because ‘Padmasinhasan Yoga’ is being made in her horoscope.

With Sun, Mercury and Venus in the fourth house together, they will receive state honors from the Government of India. Mercury meets Venus and will get a beautiful life partner. There will be more progress after marriage and child will be borne by surgery. Venus will give them teeth diseases, that is, they will give some disease in the teeth.

Mercury has become a sinful planet by being the lord of eighth and eleventh places, and it has an enemy relationship with Mars, yet it is creating ‘Kuldeepak Yoga’ by being in the zodiac sign and being with the Sun. The brain is making perfect, even in the future, Janhvi Kapoor will make acting as well as director and filmmaker. By sitting together in the eleventh house of Rahu and Mars, ‘Agaraka Yoga’ is being formed, due to this, it will give them special success in business i.e. director, producer.

Jupiter is sitting in the third house, being the lord of the second and fifth houses. Jupiter being the lord of the fifth house has become the giver of RajaYoga. However, Jupiter is also the owner of the second house, so it has also become Marrakesh. But Jupiter does not feel guilty of being a Marrakesh, so the planet Jupiter will give auspicious results due to which there will be advancement in the society, i.e. acting in the field of acting will be appreciated and Janhvi Kapoor will also get the best award for successful acting and will be counted among successful people. And will also give victory in court cases in future.

Saturn and Ketu are sitting together in the fifth house, so they will get an opportunity to take foreign languages and will also earn knowledge of other languages in the future and will reach the pinnacle of success and stay home abroad.