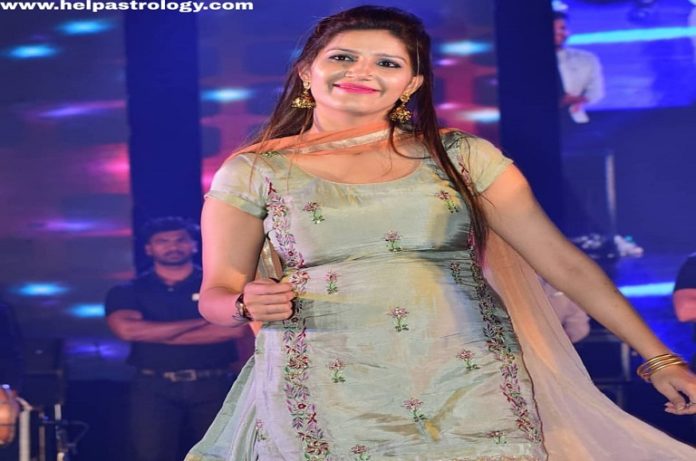 Today, everyone knows and recognizes the most famous dancer of Haryana, Sapna Chaudhary. Sapna Chaudhary was born on 25 September 1990 in Gemini ascendant, Rohtak district, Haryana.

Mithun ascendant also makes Sapna Chaudhary the center of attraction and also gives a mixture of dance, singer and acting, only then many people come to their programs so many times that even the police have to take help for the arrangement. Sapna Chaudhary is very famous not only in Haryana but also in Punjab, Rajasthan, Uttar Pradesh, so whenever its program is held here, people get gathered. Sapna Chaudhary has also participated in Big-Boss.

In the birth chart of Sapna Chaudhary, Mercury is situated with Venus in the third place, therefore Mercury is extremely auspicious here because Mercury is also in the ascendant and is also located in the Friendly sign, hence Mercury will bring Sapna Chaudhary to the pinnacle of life’s progress.

Mars in the outer space is not auspicious because Mars is making Sapna Chaudhary manglik and Mars will make Sapna Chaudhary a maniac, will give happiness and wealth, but will also communicate problems in marriage and life.

The Sun in the fourth house of the horoscope is a sinful planet, but is also getting a position in politics here and will leave his dance work and adopt another livelihood area one day, but being here the Sun is depriving him of his father’s happiness.

Moon is in Scorpio in the sixth place due to which poisonous food is also being formed. Must not eat stale food and milk at night.  If Rahu is considered, then during the time period of Rahu in September 2016, he tried to commit suicide, due to which his honor was interrupted.

Life will progress and notoriety, people will also have to face evils, but will also give employment to the people against it and will also brighten the name of their clan, with Saturn being in the seventh house, Sapna Chaudhary’s life will also be mysterious and in the first time The work will not be successful, on trying again, you will reach the pinnacle of success in life, that is, you will get victory again after losing in politics.

Saturn is in the seventh house and is looking at the destiny house from its third point of view and Venus is also seeing the ninth house in full view along with ascendant Mercury, due to this, it will show its performance in Indian films as well and in the coming time it will earn its name in films and will get wealth. As the age progresses, in the same way after the films, politics will also occupy a big position.