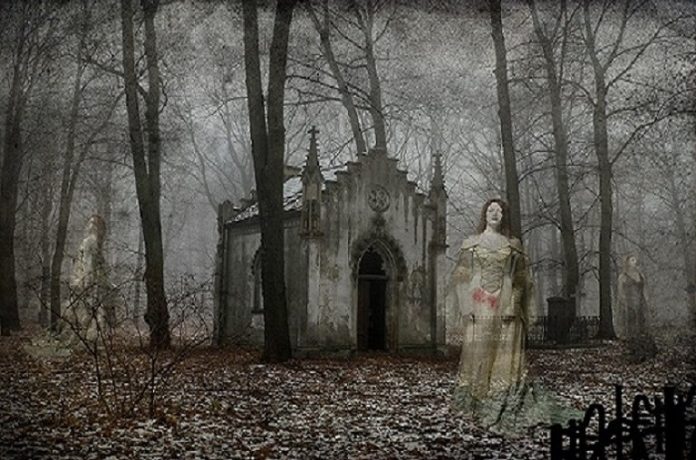 Not everyone has seen the ghosts, but they are discussed, many people have encountered face to face with ghosts, ghosts and witches, this is the absolute truth. Exactly how the ghosts are, the way we imagine, our minds are not like this, nor do they appear in terrible form at times. Ghosts appear like humans, if a ghost suddenly comes in front of you, then humans will not understand it as a ghost, but you can identify it by its gestures, eyes and feet.

A person dies suddenly due to some reason by accident, someone is poisoned and killed, someone hangs himself up, some person dies by burning, i.e. no person has died and he has died due to some kind of death. When he is attained, he becomes a ghost, demon, yama, vampire, gandharva, shakini-dakini, jinn, etc., and spends his full time on the earth, calling him a ghost. If a woman dies during childbirth, if an unmarried girl dies in an accident or there is any reason in which a woman dies suddenly, then Witch, Dakini, Shakini etc. are made in this very terrible form, their head The hair is dirty, strewn here and there, old dirty torn clothes.

It is very scary, sometimes it takes a terrible form, sometimes it takes the form of a very beautiful woman. According to Ayurveda, there will be a description of 18 types of ghosts in which a human becomes a ghost before dying. There is no one place of ghost, they keep wandering here and there, ghost is not a body, it is like an air, sometimes a ghost enters someone’s body, then that person becomes mentally ill. Is, it works in reverse, then one becomes physically obsessed in such a way that even if treatment is done around the world, it is not right because science does not believe in ghosts, spirits.

I do not talk about science, I talk about people, a lot of people say that ghosts, witches, souls, vampires, jinn, etc. are nothing but just a feeling of the mind, you say that there are ghosts, show where ghosts are. The Lets claim, where is the ghost showing? But all these thoughts are the thoughts of those people, it has nothing to do with reality, ideas can be anything to anyone, but what is true is true

I found a person, quite discussed with him. There was a discussion of ghosts, he gave me great evidence that there is no ghost, I just asked him a question whether there is ‘air’ and ‘fragrance’. He said yes. I said, show where is ‘Air’, how is the color of ‘Air’? What is ‘fragrance’ like? He proved to be incapable, while ‘Air’ is so, this tradition is true. There is also a ‘fragrance’ but it is not visible but can be felt in the same way, even ghosts, vampires, witches etc. are not seen everywhere but only we feel some ghosts come in front of us wearing a body. There is no bond for them.

Black dark night, afternoon strong sun, around 12 to 2 o’clock in the day, on the squares, the middle of the road, above the bridge, the tower, etc. ghosts, witches, vampires etc. roam, crossroads, peeple or any Old dense tree, baked tree, the deserted shore of the river pond, old empty house, ruins, someone suffering from strange disease, someone behaving like crazy, ghosts in strange humans, ghosts, vampires etc. Live. There are often witches, dakinis, ghosts, etc. among the women who laugh loudly in solitude and act in strange ways.

The three forms of the soul are ‘Jeevatma’, Preetatma ‘and Micro-soul. What remains in the physical body is the ‘soul’. In the same way, when the spirit of the body of this soul delights in lust, etc., it becomes a ‘spirit’ and when the soul attains the subtlest body, it becomes a ‘subtle-soul’. A soul who does not get salvation wanders hungry and thirsty here and there. The speed of ghosts and vampires is not constant, they sometimes roam here, sometimes wandering there, searching for their place of stay. They like feces, urine, dirt, drinking of blood, etc. They do not quench their thirst. Entering into one’s body and eating a lot of food, still being hungry, smells strangely from the person’s face, they like to disturb any person. They are happy by collecting small things in the house, then in a short time they become irritable in the same way, these ghosts are troubled in themselves. They enter a person’s body and drive him away from home.

Ghosts can neither be shot nor killed by any weapon, because they are like air, they do not have solidity, they move from moment to moment. Ghosts are afraid of chanting mantras, Hanuman Chalisa, or lights where they run away from where chants are chanted or illuminated, but in the afternoon the strong rays of the sun often roam in the middle road, squares, but some ghosts they are also afraid of sunlight, so they often go out at night. Have you ever felt in life, when everyone falls asleep at night, there is a laughing voice of a woman, a child is crying or there is a sound of song coming from a secluded place, the sound of anklets, a tree Sudden shifting of loudness etc. is the symptom of ghosts and ghosts. The paws of the feet of ghosts are behind, even if ghosts take the form of a person, the claws of their legs will remain behind. Often, they sit and cry at a secluded place in the crematorium. Many times, people sit on the balcony of the house and see people, but they cannot do anything unless some unholy karma happens to the person, then they cannot enter his body.

Ghosts, there is no new world of vampires. They keep wandering around us, just as we live, these ghosts, vampires spend their time wandering here and there, their lives are very difficult in this life. I have no feeling of happiness, no hope, no faith, just longing, upset, unhappy, sometimes people in their dreams are seen in dreams asking for clothes, If we ask for food, sometimes we tell them about the benefits and then also give indication about our upcoming problems. 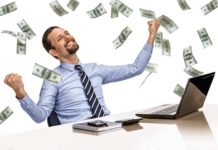 Illegal-relation is that sweet poison of India which openly pollutes the soul even in the body. Illegal relation means not only the body but... 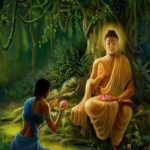 As soon as the name of Lord Buddha comes, "The feeling of pure, cleanliness and quietness comes on its own in the heart.” Gautama...