Home Articals What is the effect of sneezing? 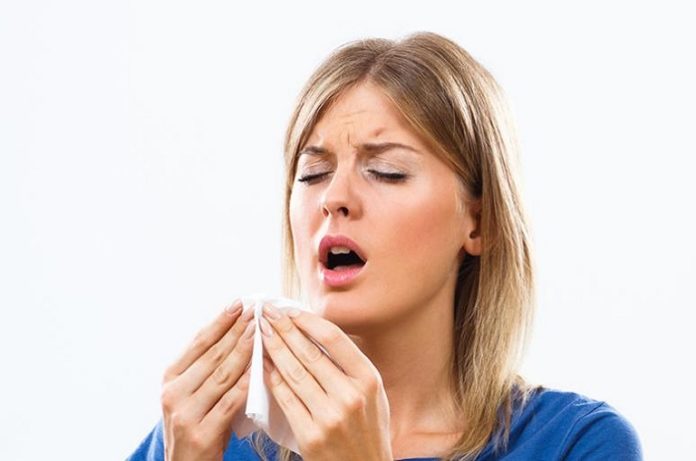 Sneezing is a minor process but it has a lot of importance in human life. Sneezing is not considered auspicious. If someone sneezes in front of you, it is considered inauspicious. When a person sneezes in front, that work is not made and there is a reverse damage if you are going on a job, going for business, opening a shop, driving a vehicle or leaving for any work from home. If you are sneaking and someone sneaks in front then you should not do that work immediately.

If someone sneezes two or more times, it has no effect.

If someone sneezes in front of you, after taking some rest, eat a little sugar and drink water. By doing this, the ominous effect ends.

If the sneeze is very loud, heard in a loud voice, it is auspicious and brings honor.

If someone has a cold, their sneezes have no meaning.

Because of fear, if someone sneezes in laughter and joke, it has no meaning.

Sneezing of a drunk person has no meaning.

If a child and an elderly person sneeze, it has no meaning.

Washerwomen, widow woman, prostitute lady, unmarried girl, menstruating woman sneeze if she is considered inauspicious then work should be stopped.

When starting a business, if someone sneezes, it means that there will be profit in the business.

It is auspicious if you sneeze while wearing clothes.

If you sneeze while buying a new garment, it is not inauspicious.

If you sneeze while buying an item or any goods, then there is profit in the business of that item or goods.

It is auspicious and beneficial when sleeping, giving donations, eating, starting studies, going to the toilet, doing yoga, going to marriage, going to war, sneezing while eating medicine and benefits Get.

If something goes missing and sneezes while leaving to search for it, then that item is not found.

In cremation, when someone sneezes at the accident site, it is auspicious.

If someone sneezes on your face, it means that you will fight with someone.

It is inauspicious when a milk sneezes while boiling.

If the cow sneezes in front of you, then death comes.

It is inauspicious when a sick person sneezes while going to the doctor.

It is inauspicious when the work is sneezed as soon as it is completed or on reaching its destination.

When sneezing during worship, it becomes inauspicious.

On Sunday, if you are going to travel in Agnikon and sneeze, then that task is complete, just like going sneaky, sneezing can meet a friend, there is a fear of death in the southwestern angle, in the northeast This sneeze is considered auspicious.

Sneezing is harmful when going towards east direction on Wednesday, it causes fights in the house towards west direction, auspicious in north and south direction.

Sneezing while traveling eastward on Jupiter hurts enemy side. It is harmful for the west direction, money going to the north is destroyed, and moving to the south is delayed.

If you sneeze while going in the east direction on Saturday, money is lost. Loss due to westward movement. Going north-south direction is auspicious.

On sneezing, one should remember God and start the work after some time.