Home Articals Why prostration is forbidden for women? 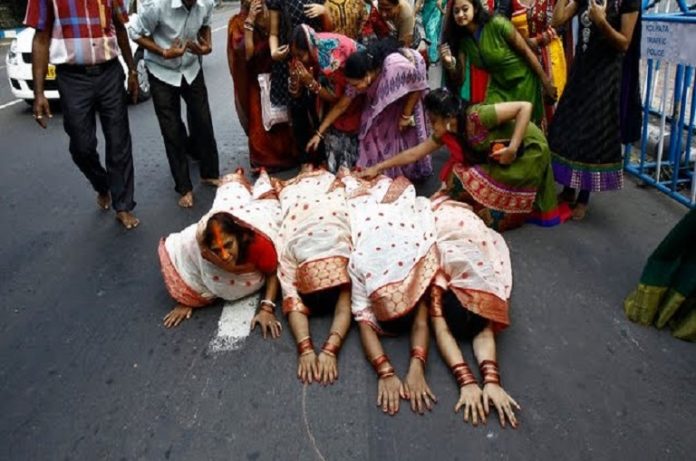 Prostration (Sastang Pranam) means that if a person mixes the head, hands, feet, heart, eyes, thighs, words and mind by lying on the ground directly, then he says prostration. In prostration, the chin, chest, both hands, both knees and feet means that the entire body of the person touches the ground from the feet to the head. While prostrating, the stomach should not touch the ground.

All these greetings make a person religious. By doing these 6 types of greetings, a person’s life becomes stronger, his actions improve. But women should not do prostration because prostration will touch the body of the woman, while the womb of the woman and her chest should never touch the ground because a life is formed from her womb the cycle of creation runs from his womb, it is from here that a human originates and life is nourished by his chest. The body of a child is formed in the womb and it lives in the womb for 9 months. After coming out, she is fed with mother’s milk, that’s why women should never prostrate.